Weeks and Weeks Behind

Halloween was what?  three weeks ago?  And my last post was what?  about, well over a month ago?  So, I'm progressing backwards at an alarming rate.  My heart is ticking faster, but somehow the rest of me is moving slower or something?  Maybe the clocks and calendars are mistaken.  Yeah.  Maybe that's it!  Or, maybe I've just always been behind and I'm getting behinder.

At any rate, I took some pictures the other day of a pot of soup I was crafting and downloaded them to my computer.  (Or is that referred to as uploading?  I never am for sure about computer-eese.)  Anywaaaaaaaaaaaaaay...I found a few photos from Halloween.  That day about three weeks ago.  Thought I'd share a few pictures to let you know that although I'm apparently close to snail speed, I can still manage to go forward some of the time.  In small units of measure, whatever they might be called.

Here are the pictures.  I enjoyed taking them before we took the grandkids to the Halloween Party.  It was fun!  And about the biggest event I'd attended since my surgery.  I saw so many friends there who asked about me and hugged me and told me they'd been praying for me, it just made it all worth the effort to go even when I didn't think I could manage. 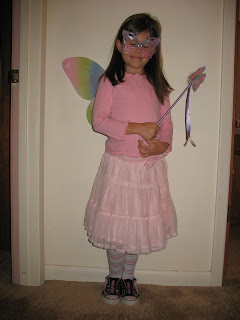 Miss Noodle put her costume together on her own.  She was a butterfly, magic fairy princess--in case you couldn't tell. 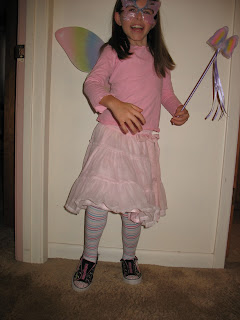 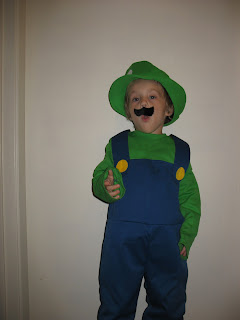 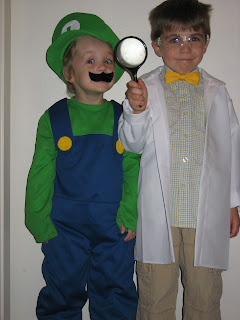 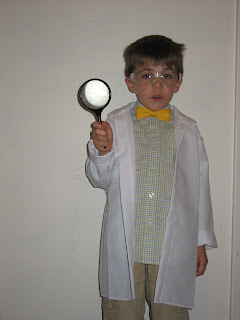 "Once again, the evidence of my research clearly shows . . ."
The party was held outside in the country with a little fire--not a big bonfire--probably because it was mostly for little children.  Shortly before leaving for home--after the children traveled from vehicle to vehicle to "trunk or treat" filling their buckets with sugary booty--I looked up into the crystal clear, chilly night and was nearly brought to tears!  The very dark blue sky was glistening with a jillion beautiful stars!  And the Milky Way!  (I have too many trees and street lights close to the house to often see much of the stars, and to have a night clear enough to catch the Milky way . . . )  It was soooo beautiful and awe inspiring.  It was refreshing to see God's handy work--again--in the beauty of His mind-boggling creations!
Posted by Pencil Writer at 11:33 PM 1 comment: