The Hunt Is ON! 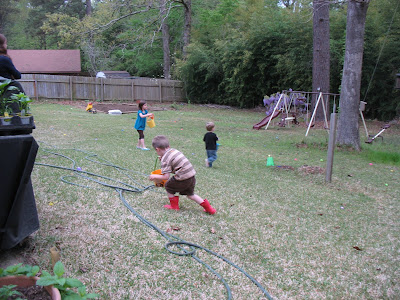 Easter afternoon, and the hunt was on! 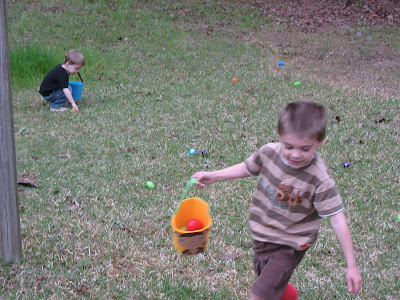 I see more! (Wonder if I can beat anyone else to these over here?) 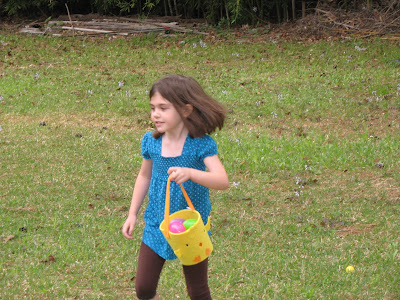 You gotta be fast!
(I think I inadvertently bleeped a photo? How did I do that?)
We're making progress! 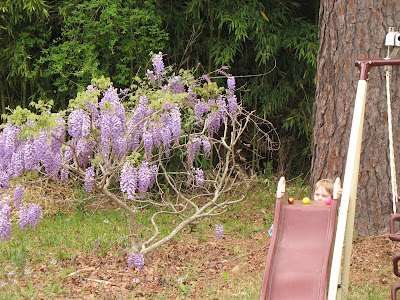 There are some eggs hiding up here? Really? 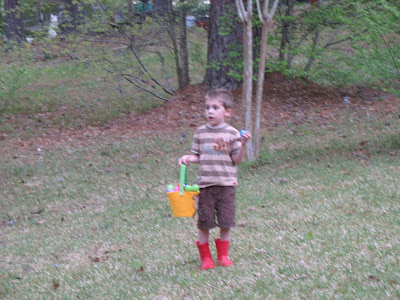 Did I find the last one? 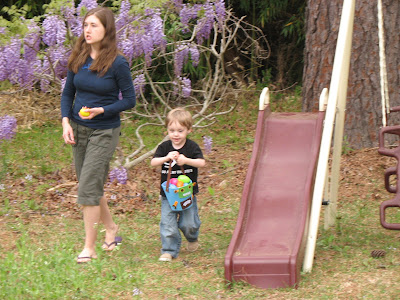 Mom's on monitoring duty. Look at my haul!!! 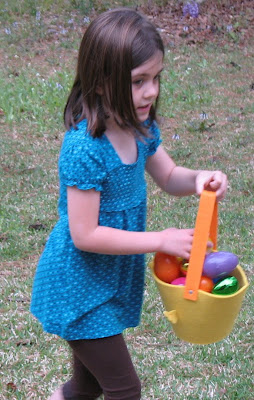 Gotta keep my eyes pealed for any more possible eggs. 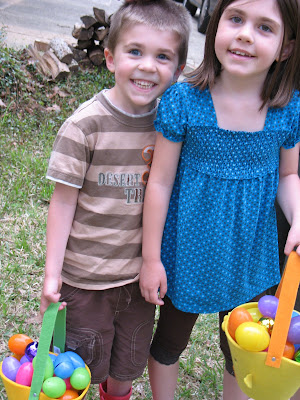 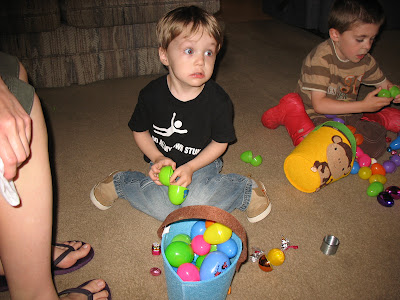 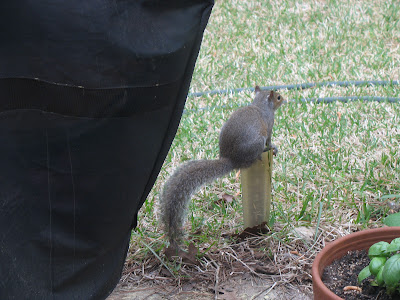 Saturday before Easter while some of us were finishing up breakfast, my son noticed this squirrel coming up from behind the gas grill to perch on the rain gauge. I quietly, and slowly turned around, as my back was inches from the patio door that was about 3 to 4 feet from the perched rodent, so as not to startle it.

I called for my husband to grab the camera just to see if he might get a picture or two. We gazed in amazement as this little furry critter sat very still, barely moving for at least 10 minutes while we watched, chuckled (wondering if this was a "potty break"--or what? We never saw any evidence of such.), and wondered how he (or she) could be so calm and unconcerned that three huge humans were in such close proximity. It didn't bolt when it did move, but eventually made its exit into the yard. 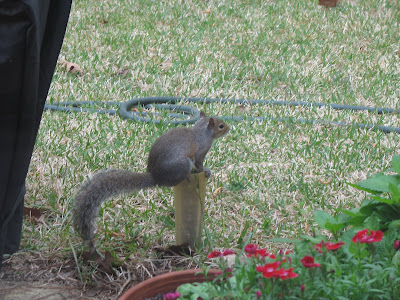 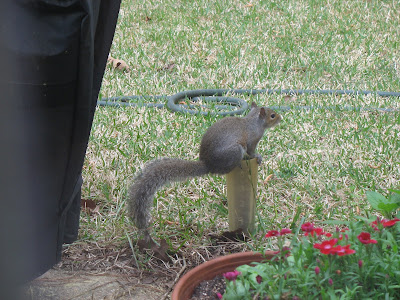 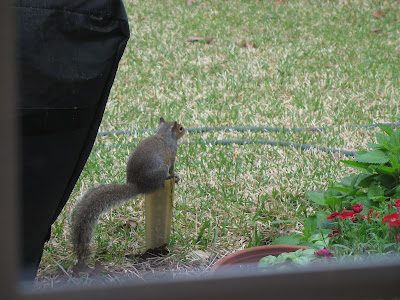 Then a day or two later, after moving the garbage cans to the road for pick up, I spotted this bristly critter. I thought it was black, until I inspected it further. It might be primarily black, but at the base of its spines, it appears to be a very dark green in spots. You might not be able to detect that green color from this picture, for which I truly mourn, but I promise they were there! It never moved that I could see, either. I must be sooooooo intimidating. Sorry! I don't think I've ever seen a larger caterpillar in my life! It was so fat and so long. The piece of pine straw at the bottom of the photo is about 3 to 4 inches long. 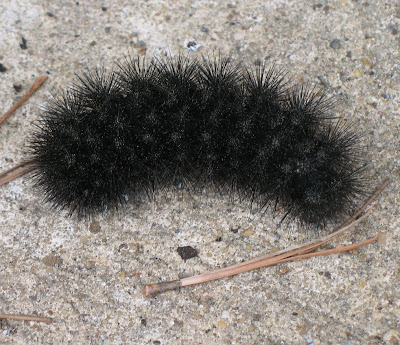 Posted by Pencil Writer at 1:36 PM No comments:

My 2 year-old grandson said so. We had just had a "picnic" outside for lunch. We'd checked out the new spring garden--planted only this past Monday--4 days ago--and counted all the stepping stones between the rows, two or three times, while he hopped from one to another. He allowed me to push the glider/swing thing higher and higher. We'd checked out some of the fabulous array of azaleas, spirea, purple wisteria and other flowering plants spilling their sweet fragrances and lovely colors around the yard. Then he climbed to the top of the slide and sat a few moments in the quiet of the afternoon.

And it was. The air was cool. The sky was blue housing a few light clouds. The trees were showing off their newest variety of spring green wardrobes. The birds flitted here and there. Butterflies floated from spot to spot.

Ahhhhhhhh! I love Spring. I love my grandchildren in particular and children in general.

I had to agree with his astute assessment. It was indeed, one perfect day.
Posted by Pencil Writer at 9:56 PM No comments:

I'm so grateful for Easter and the Celebration that it is! To know that we will not be conquered by death. To know that God loves each of us so much He sent His Only Begotten Son to show us the way and to be the Last Sacrifice for Sin.

Happy Easter to everyone. There is light and hope even in the midst of the gathering gloom.
Posted by Pencil Writer at 11:22 PM 2 comments: