After we left Round Top, we stopped at a roadside Pumpkin Distributorship. I can't begin to tell you how much fun I had checking out all the great piles of pumpkins in varieties I'd never dreamed of! I had to record as much of it on camera as I could, and my dear Sweetheart obliged me in my obsession to do so. Then came the tough part: I had to select some to buy for and take to our three grandchildren.

It was lots of fun and they seemed quite excited to get them. 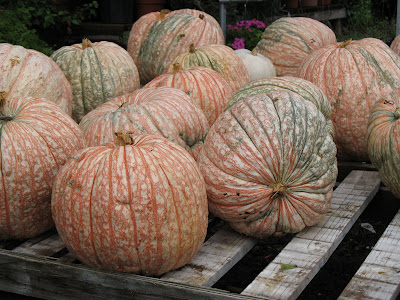 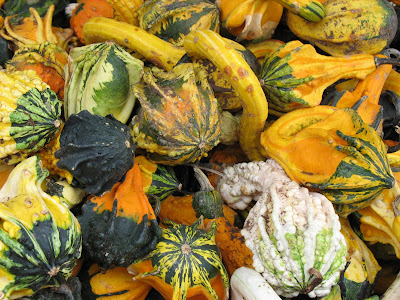 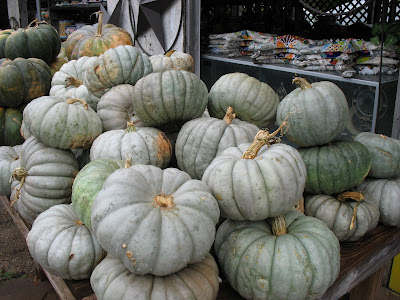 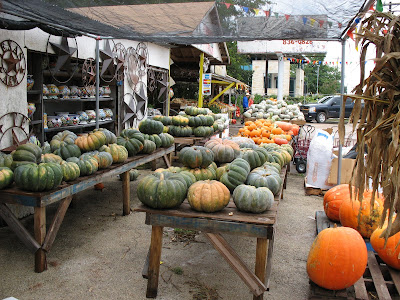 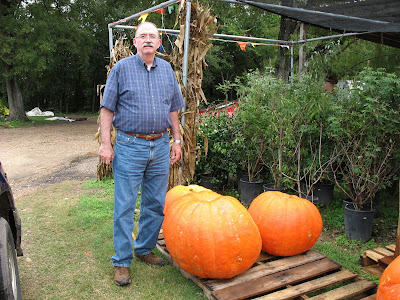 Posted by Pencil Writer at 3:37 PM No comments:

Back some weeks ago, my husband and I got off for a weekend alone. We traveled to Round Top, Texas where they, the Round Top citizens, and several other of the tiny communities close by have hosted (for more than 40 years) an Antique Fair each spring and fall. There are several venues in the area that sell antiques during the Fair weeks, many apparently coming from Europe. The weather had been really rainy before we arrived and was threatening, but we managed to get some great photos of some of the original dwellings in Round Top itself before the moisture filled the air, etc.

Wikipedia has some interesting facts about its history including its German immigrant influx, mentioning that the town is 1.0 square miles, and in 2000 the census was of 77 residents. 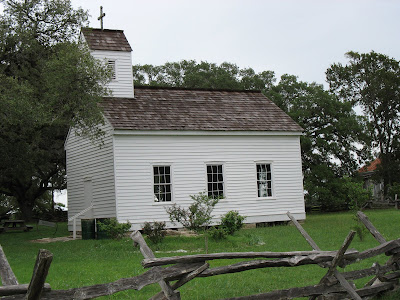 I believe, according to the Wikipedia account anyway, that this Luthern Church is the oldest active Luthern church in Texas. It is tiny, but beautiful in its simplicity. I just adore old church buildings! 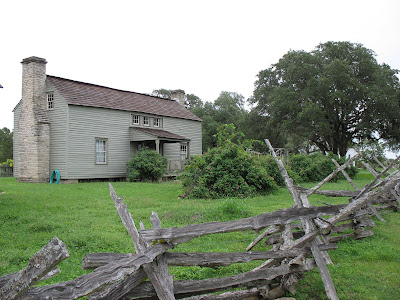 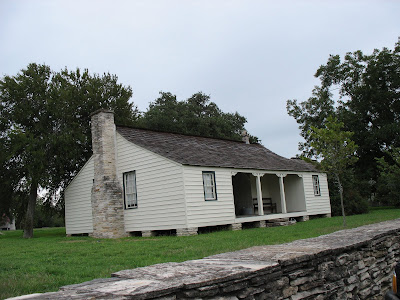 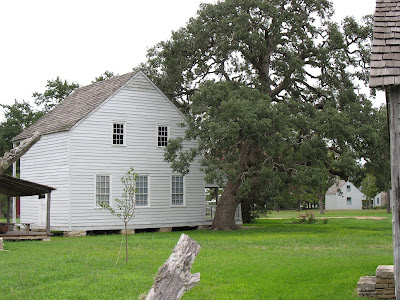 We had time to snap these and a few other pictures before we went looking for lunch. Lunch consisted of two enormous (Texas-sized) bar-be-que brisket sandwiches on extra large slices of homemade bread. We attempted to eat outside under a tent . . . until the heretofore threatening rain clouds dumped copious amounts of water all over the place!

We managed to get back inside without drowning. I don't think either of us managed to eat more than 1/2 a sandwich each. Had we known, we'd have just ordered one and shared. 20/20 vision in hindsight, you know.

We did trek about checking out all kinds of interesting antiques, furniture being the most plentiful, but it was all very interesting, except for having to traipse through the foul mud as many of the venues were housed in tents. A lot of the furniture looked genuinely ancient, some looked as if it had been well used (as in huge work tables) for centuries, others might have been centuries old, but was pristine looking and gorgeous.

What I found distasteful about the event, was all the "other" vendors--etsy, modern stuff--clothing, bangles, etc., etc. Don't know what that has to do with antiques, but hey, maybe in a few hundred years, if it even survives the next 5 or 10, maybe it'll be an antique too.
Posted by Pencil Writer at 3:02 PM 3 comments: